Within the past 15 years, scientists have witnessed a benefit to a bilingual ability, with the majority of the evidence pointing to heighted brain function when using more than one language. Understanding both languages appears to allow the brain to be more flexible, and reclaim more of it neuroplasticity.

And from my personal experience working as a woman in rocket scientist, I notice that women and men speak different languages. One uses words of execution, and the other uses the words of nurturing cooperation.  Often women have learned to communicate in a masculine way to show competence in a male-dominated communication environment. However, the ability to understand both ways men and women communicate, while taking the opportunity to speak up and speak out concerns with your own way of translating it, is one of the best ways that the brain reshapes itself for leadership success. 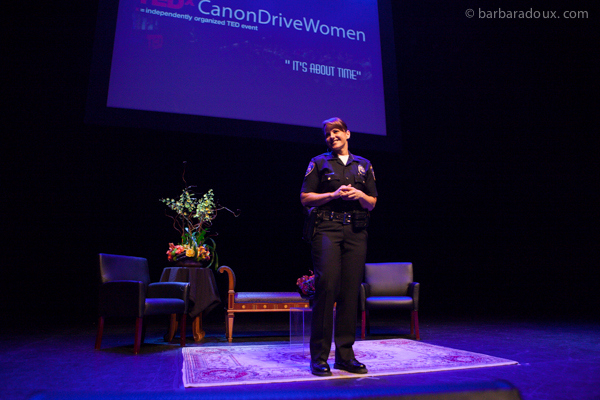 How can you create a better environment for women in leadership? In following the legendary TEDWomen format, TEDx Cannon Drive Women produced by Sarah Kurtz, brings together a Los Angeles community of women’s voices that powerfully unleashed the concerns of female leaders across the globe. TEDx Cannon Drive Women showcases 25 women who were experts in their fields, who each have a message to share plus answers on how Americans can make this world a more encompassing environment for everyone who desires to make a positive change. In the spirit of the global conversation — from San Francisco to São Paulo to Seoul — TED, and TEDx women is celebrating movers and shakers who will uproot inequality and replant ideas that will take our nation, and world, to the next level.  Listen to Sarah Kurtz as she describes the messages shared in TEDx Cannon Drive Women. 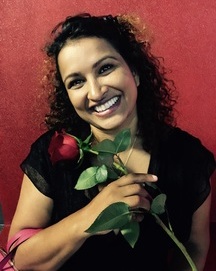 As a the TEDx Cannon Drive Women producer, Sarah Kurtz is making Los Angeles women’s voices known throughout the world through the platform of TEDx, a non-profit organization geared to promote ideas worth sharing.  As a producer of TEDx Cannon Drive Women Conference that showcased 25 female experts in various fields, Sarah Kurtz realized that women’s messages are the same and every American needs to hear them.

Sarah has two Law Degrees in International Business from La Sorbonne, and the other in Entertainment Law with a Master of Fine Arts from University of California, Los Anegles (UCLA). After graduating from UCLA Law School, she worked in the legal department at New Line Cinema and worked on major films such as the Lord or the Rings Trilogy, The Notebook Domino, Three Days to Vegas, Vegas Baby. In December 2007, Sarah was invited by the UAE government to move to Dubai to consult and enhance the growth of the film industry in the UAE, which led her to launch an International Production Company, Globetrotter Productions, GTP. Later she co-launched Talent Casting Agency, TCA, for talented filmmakers. Sarah Kurtz speaks six languages, a member of Women in Film and other non-profit organizations.  Sarah’s main goal in life is to bring joy and awareness to everyone she meets, and to help put an end to women and child human trafficking globally.